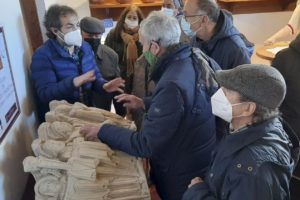 One of the most interesting audience segments for the members of the MUS.net project is that of the visually impaired.  The ONCE (Spanish National Organization for the Blind) was contacted by the ROM Museum – Santa María la Real Foundation so that membersy could participate in person in an activity carried out by the museum and framed in the dissemination activities carried out by the MUS.net project. FSMLR had several problems to be able to carry out the activity as a result of the COVID 19 pandemic, but, finally, they were able to carry out a face-to-face activity with this segment of the public, with ONCE, which has also become a stakeholder in the MUS project. net for this type of audience, with the commitment to spread the activities.

The activity was carried out on Saturday March 5 in the archaeological classroom of the town of Herrera de Pisuerga. Throughout the morning, forming three groups, FSMLR arranged a visit adapted for the visually impaired to spread the activities carried out by the ROM Museum and Romanesque art 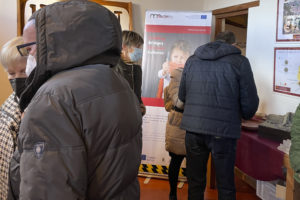 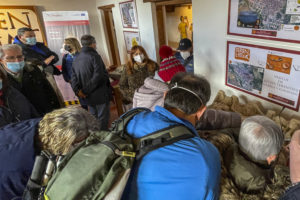 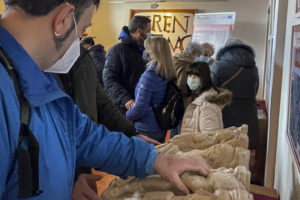 . In total there were 54 people who enjoyed this workshop in which Romanesque art and the MUS.net project were made known.