The fourth Italian Open Day opened at 10.00 a.m. and closed at 4.00 p.m. of March 18th, 2022 in Montegrotto Terme where the Butterfly Arc is located.
245 participants visited the Butterfly House. Esapolis and Butterfly Arc can be considered as a  single MUS.NET.  project partner, whose scientific director, Dr. Moretto, covers both museums under his leadership.  The purpose for the Open day was to engage the participants in the activities made possible by the MUS.NET. Installations and by the App designed and created by the start up company Mocchi’s. The Draw Alive has been the first international project developed by the start up company, that has already received many positive feedbacks from the users across the four EU partners.

The Open Day was launched by the official greeting of the Mayor of Montegrotto, and the Vice President of the Province of Padova. The Open Day has overlapped the first day of the BA 2022 season which traditionally opens its gates in March and has marked the return of an audience formed by school groups, a good sign after almost two schoolyears in which classes were not allowed to undertake fieldtrips. 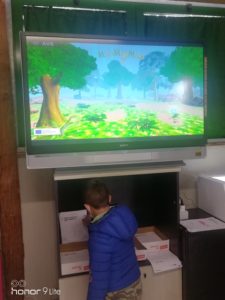 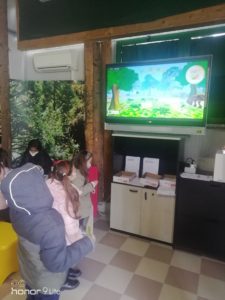